The Benefits of a Self-Directed IRA 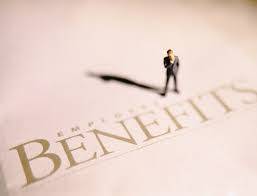 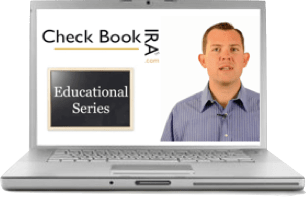 I won’t go through the entire history of IRAs, but just to give an overview; there was actually a time when the only way you could save for retirement in a turbo tax customer services-deferred account was if you actually had a pension. And, the only way you could have a pension was if you worked for a company that offered one. In 1974, Congress addressed this issue by creating Individual Retirement Accounts or IRAs. These kinds of accounts could be opened by anyone, and as long as you earned income, you could make contributions to it.

Technically, an IRA is a trust. Technically the custodian is the trustee. Anytime, the IRA engages in any transaction, to buy, to sell, to loan money, to distribute money, etc. anytime the IRA does anything as all, it is the trustee that actually facilitates or carries out that transaction. You can see why if you wanted your IRA to buy stock in, say Apple computers, you couldn’t do it yourself, you would have to call your custodian, tell them which stock you wanted to buy, and then they are the ones who actually carried out that transaction on behalf of your IRA.

There were a couple problems with IRAs when they were first created. First of all, the contribution limit was only $1500.00 per year, so you couldn’t actually put very much money in this account. The second problem was the fact that the companies that met all the federal requirements to be a custodian or a trustee were banks. These banks had made a lot of money by recommending traditional investments to their clients and collecting referral fees for that. So, when they began offering IRAs, they restricted the IRAs ability to invest in anything but the stock market. It was perfectly legal, of course, for an IRA to buy real estate or other non-traditional investments, but the banks would not let you invest in those things. Since they were the trustee of the IRA, they would simply refuse to facilitate any investment that was outside the stock market.

So here we have these trust accounts, these IRAs, that had been created by an act of Congress, and that could, according to the law, invest in anything but life insurance and collectibles. But from the start, they were being hampered by these custodians. So this brings us to self-directed IRAs. Eventually, the law was changed  to allow people to roll their pensions into their IRA and all of a sudden people started moving money from their pensions to their IRA and some of these people had quite a bit of money to move. So, for the first time, people began to have a lot of money in their IRA. As these people felt the restrictions that the custodians placed on their accounts to keep them in the stock market, they began to look at the law. They found that IRAs, actually, didn’t have to invest just in the stock market. They found that IRAs could buy anything but life insurance and collectibles. This was were the self-directed custodian as born.

We have talked about how other custodians that don’t place any restrictions on IRAs and how those are called self-directed custodian. Now let’s give an example of how a non-traditional investment would work with a self-directed IRA. You may be familiar with how this works, because you may actually have a self-directed IRA but we are going to go through this because later on when we talk about how the checkbook IRA works, this example will come in handy and help to explain how it all fits together. In this example, we will assume that you have a traditional IRA and we will also assume that the company that we use are the self-directed custodian of your traditional IRA. Now let’s say that you wanted to buy a rental house with your traditional IRA money. Remember that it would be your IRA that is buying the property, so you would call the custodian and you would tell them that you have found a nice little 3- bedroom house that can be had for, say, $110,000. So how would this investment actually take place? Remember that an IRA is a trust and the custodian is the trustee, so whatever paperwork is involved in this deal, it is going to have to be reviewed and signed by the custodian or the trustee.

You probably have some experience in real estate, so just think back to when you bought a property, think about all the paperwork that was involved in that transaction. Now in this case , since the IRA is buying the house, the custodian would need to review and sign all these documents, They would need to be sent to the custodian, to be processed, reviewed, approved and signed. It is also important to remember that the custodian would have to handle all the finances. In the next lesson, we will talk more about self-directed IRAs. We will go through a few more examples of how you might do an investment in a self- directed IRA and we will review some of the reasons why, even though a self-directed IRA is an improvement over an IRA with a custodian that makes you stay in the stock market, there are still some limitations that you need to understand. We will show you how a CheckBook IRA is big improvement on that. So, we hope the information in this lesson has been helpful. If you have any questions, please feel free to call us at 1-800-482-2760 and make sure to visit our website www.checkbookira.com to read more about the CheckBook IRA LLC.