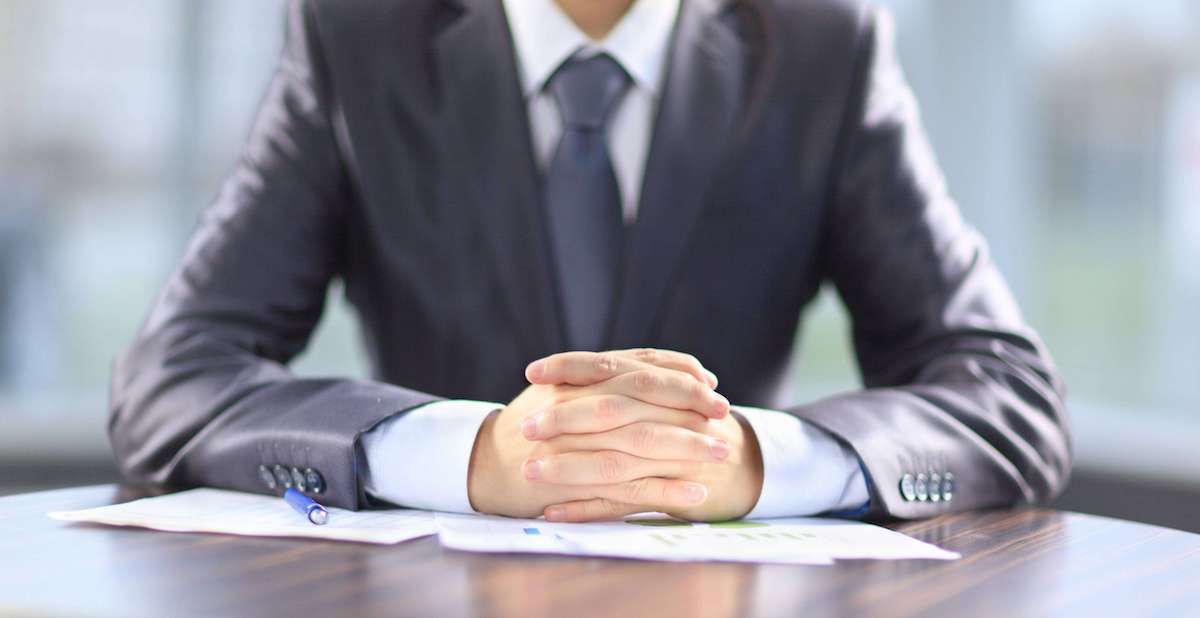 This post addresses tax filing requirements for CheckBook IRA structures that have one IRA and one LLC, which is to say single-member LLCs. We explain tax reporting for multi-member IRA LLCs in this post.

Please also note that this article assumes the IRA LLC has not incurred UBTI (Unrelated Business Taxable Income).  Also, check out our NEW Solo 401(k), for some it’s a lot better.

There are no Federal filing requirements for a single-member IRA LLC. There. That was easy wasn’t it?

It’s pretty straightforward once you get through it, but I’ve found that this is a subject that can cause a lot of confusion. When you take a self-directed IRA and throw in an LLC to boot, most people will scratch their heads and wonder, “I know this thing has to file with somebody at some point, but what does it file and with whom?”

While a single-member IRA LLC never files a standalone tax return, the income does need to be reported. If you want to know who does that and how – read on. 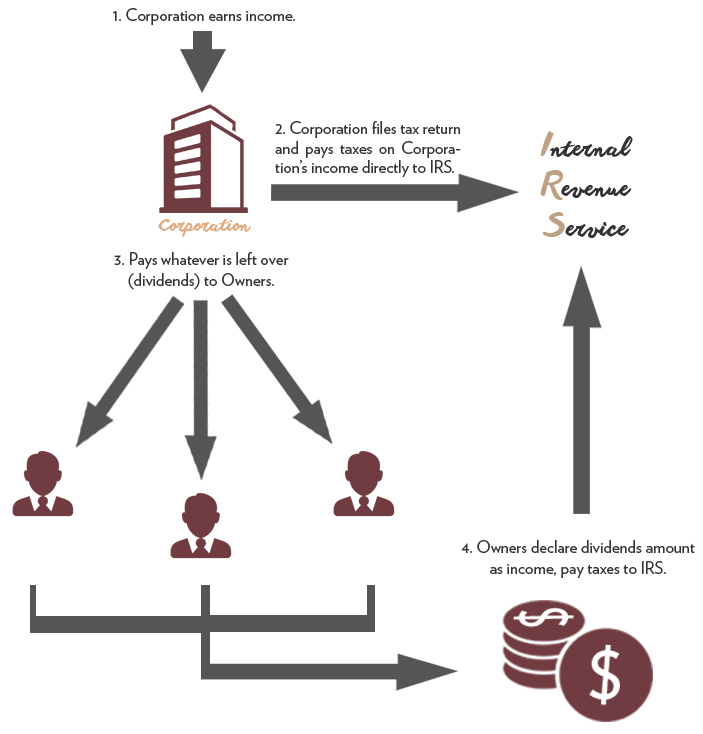 A C-Corporation (C-Corp) is an entity which issues stock to its owners, and pays the profits of the corporation to its owners each year by way of sending out dividends. A C-Corp is taxed separately from its owners, which is to say that the C-Corp itself files a tax return and pays tax on the income earned by the company. Whatever is left over after taxation at the corporate level is then paid out to the owners of the C-Corp; these payments are called dividends. The owners must then declare those dividends as taxable income and pay taxes on those dividends again. You will commonly hear this referred to as “double taxation”. The C-Corp is taxed at the corporate level, and then the dividends are taxed at the individual level. 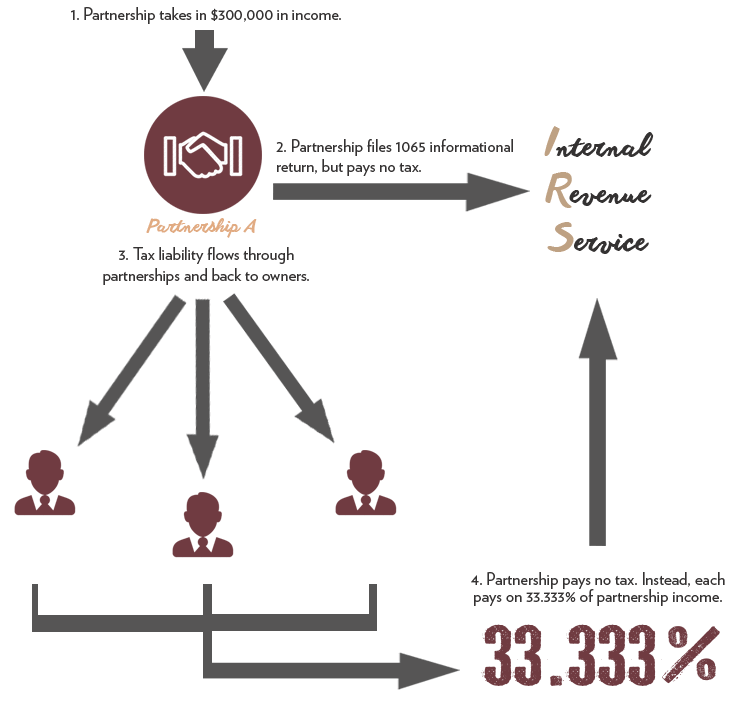 Limited Liability Companies are interesting entities because they combine the best parts of a C-Corp and a Partnership. The LLC enjoys the asset protection of a C-Corp, while retaining the flow-through tax treatment of a Partnership.

In the case of a single-member IRA LLC, the IRS would automatically classify the company as a “disregarded entity”. This means that the Service disregards the LLC for Federal tax filings, and requires that the income of the company be reported on the owner’s tax return.  Any tax that is due would be paid by the owner; the LLC itself does not pay any taxes. Or to put it another way, the income of the LLC becomes the income of the owner, who is ultimately responsible for paying taxes on that income.

Here’s an example using you, personally:

You own 100% of Property Investment Holdings, LLC, which means it is a single-member LLC. The company owns several rental properties, and takes in $50,000 in rental income throughout the year. The LLC itself pays no tax, nor does it file a tax return. Instead, the tax liability of that $50,000 flows through Property Investment Holdings, LLC and back to you as the sole owner. You must then declare that $50,000 as income on Schedule E of your 1040 and pay tax on the declared amount.

Now that you understand the basics of how tax liability passes through a single-member LLC and back to it’s owner, let’s look at how this fits in when you’re dealing with a CheckBook IRA.  If all of this is new to you, we deal with the IRA LLC structure in more detail here.

We used an example above where you personally owned an LLC named Property Investment Holdings, which made $50,000 in rental income. Let’s take that example, and simply replace the names and figures: 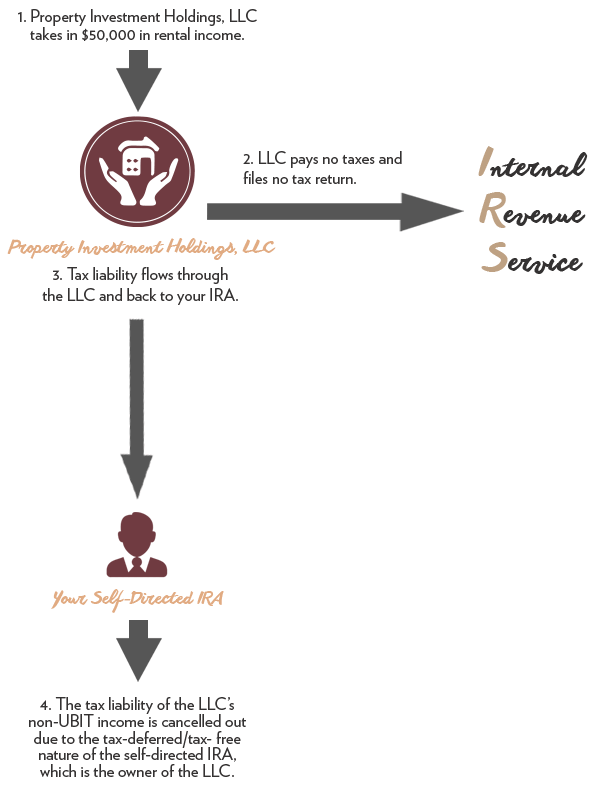 In this chart, you can see that everything is the same except for the owner. The owner is your IRA. Property Investment Holdings, LLC, which is owned wholly by your IRA, takes in $50,000 in rental income. The LLC pays no tax, neither does it file a return, but passes the tax liability up to it’s owner. The IRA is then responsible for paying any taxes on this income. However, because of the tax free/tax deferred nature of the IRA, and because the income is rental income and is therefore not subject to Unrelated Business Income Tax, no tax is due on the $50,000 that Property Investment Holdings, LLC earned.

But what about reporting? Since the LLC pays no tax, and is disregarded by the IRS for filing purposes, who reports the income? Answer: the owner, which in this case is your IRA. Even though no tax is due, it must be reported that your IRA’s value increased by $50,000.

Each year, every self-directed IRA Custodian must file IRS form 5498 for every IRA it oversees. This form is an informational filing which tracks a number of things like how much was contributed to the account over the course of the year, any rollovers, distributions, etc… It is essentially a form which is filed to track the value of your IRA each year. The Custodian collects the information on your IRA, completes the form, and files it with the IRS. (Keep in mind that an IRA can incur taxable income and actually owe taxes. In that case a 990T return would need to be filed for the IRA to figure the taxable income and taxes due.)

In order for the Custodian to accurately report the value of your IRA, they must collect information on the value of the assets within your account. Let’s look at an example: 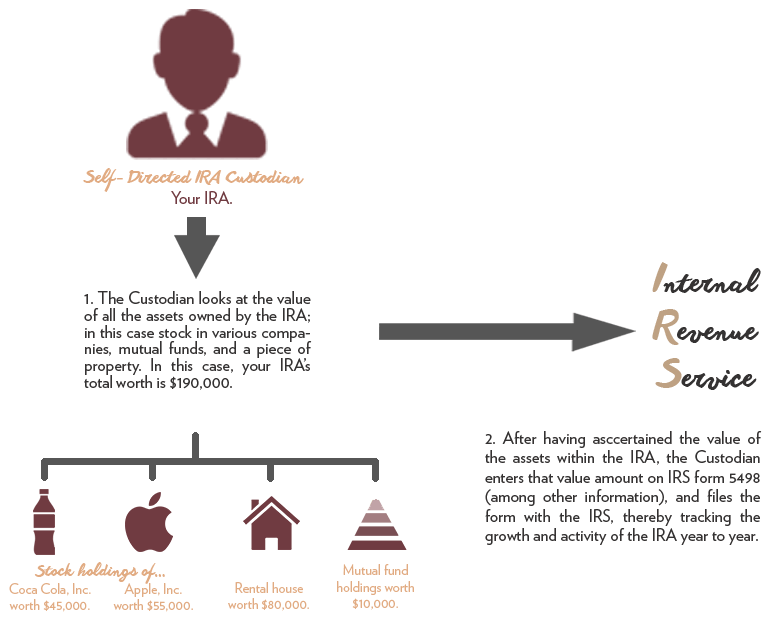 In this case, your IRA owns a rental house, stock in Apple, Inc., stock in Coca-Cola, Inc., and also holds some mutual funds. The Custodian will look to the value of each asset to determine the total worth of your IRA. Once they have the total value, they enter it on form 5498, and that’s the end of that.

Now let’s look at what happens when you have a CheckBook IRA LLC: 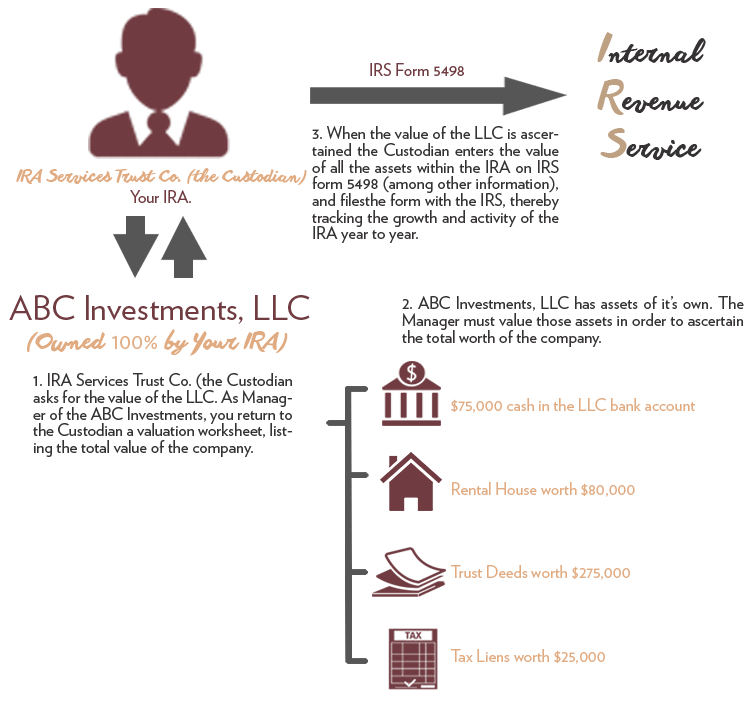 We work with different Qualified custodians, but we search for the best ones for price and customer service. Each year they send out a request that an IRA LLC Valuation Worksheet be filled out and returned to them. You can see that the only asset your IRA owns is the LLC. Unlike, say Apple, Inc., whose share price is immediately available because those shares are traded and valued publicly, the LLC is a private company. As such, the LLC’s worth is not readily apparent. As you can see in the chart, the LLC owns assets of its own, and as the Manager, you would need to figure out the value of those assets in order to arrive at the LLC’s total worth. Once the Custodian receives the valuation worksheet, they will have the information they need to complete form 5498. Pretty simple.

While the tax reporting issues are straightforward and relatively easy (especially with a single-member IRA LLC), it is important to understand what is expected of you.  This article was intended to give you a basic foundation of the reporting requirements.  Obviously you should consult with an experienced tax professional, especially if you’ve incurred UBIT or UDFI taxable income.

Feel free to chime in with questions or comments.