Why 401(k)s are Better Protected 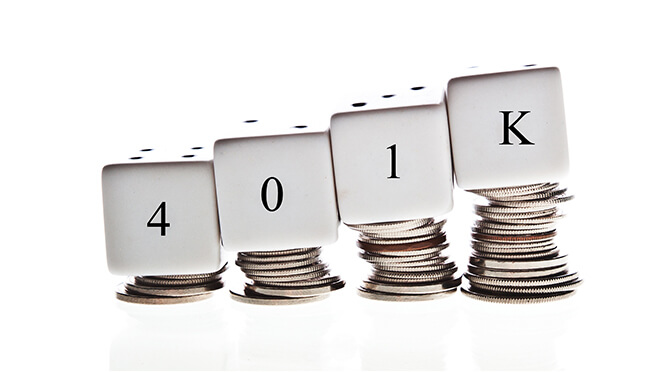 One of the attorneys we work with sent me a bankruptcy case that illustrates one of the many reasons why a Solo 401(k) is a better investment vehicle for your retirement money than an IRA.

As our clients and readers should know by now, the one cardinal sin you don’t want to commit when investing retirement funds is “self-dealing” or dealing with a disqualified person, which results in a prohibited transaction. The penalty for a prohibited transaction with an IRA is the loss of the IRA’s tax exemption status. To put it another way – self-dealing blows up your IRA. You have to declare every dime in the IRA as ordinary income, and pay taxes and possibly penalties on top of that.

Things are a bit different with the Solo 401(k).

Because 401(k)s are qualified plans, and because qualified plans involve employees, the tax courts handle prohibited transactions for 401(k)s with kid gloves as compared to IRAs.

Imagine a scenario where a large company that offers a 401(k) plan with say, 2,000 employees. One of the administrators or Trustees of the 401(k) plan engages in a prohibited transaction. It might be an investment that’s deemed to be off-limits, or maybe the Trustee of the plan ends up violating the fiduciary rule. So, now a prohibited transaction has occurred. Would it be fair to blow up the entire 401(k) plan with 2,000 employees’ hard earned money in it? Disqualify the entire 401(k) plan and distribute all of the funds to the employees and tax them? Of course that wouldn’t be fair.

So, in order to protect the employees, the consequences for a prohibited transaction are handled differently. The penalty for a prohibited transaction in a 401(k) is an excise tax of 15% on the value of the actual transaction that was not allowed; that is if you correct the transaction by the end of the tax year. If you don’t correct it, the excise tax goes up to 100% of the value of the transaction. Say you made a $20,000 loan to your spouse’s new business (prohibited). If you did it with an IRA, you’ve just blown up the account. If you do it with a Solo 401(k), you’ll face an excise tax of 15% on the $20,000 loan amount. Big difference.

What’s important here is that, despite the prohibited transaction, the 401(k) retains it’s tax-exempt status. In other words, slip up with an IRA and wave bye-bye to the IRA’s tax exempt status and say hello to a lot of taxes. Slip up with a 401(k) and get a slap on the wrist for 15% of the value of the disallowed transaction.

Mr. Rogers was the Trustee of his own profit-sharing Solo 401(k) plan; the plan held around $300,000. Mr. Rogers found himself in the position of declaring bankruptcy, only to find that his creditors took umbrage at his position that his 401(k) was not subject to their claims. Why did they take umbrage? Well, Mr. Rogers engaged in a number of prohibited transactions with his Solo 401(k) plan, and they argued that because of these prohibited transactions, Mr. Roger’s plan should be disqualified and treated as personal property. In other words, they argued that because of the prohibited transactions, the creditor protection enjoyed by his 401(k) was rendered moot.

Despite all that, here are a couple of interesting quotes from the court’s ruling for summary judgement:

In analyzing this issue, the Court concludes that Mr. Rogers is a disqualified person within the meaning of § 4975 because he is, among other things, a fiduciary. RES-GA argues that Mr. Rogers living in the Flowery Branch Property and using the Boat for his personal use are both prohibited transactions. Both of these instances do appear to be prohibited transactions for various reasons.

As discussed previously in Part B, the Court does not have sufficient evidence by which it can conclude as a matter of law that the Plan is or is not a qualified plan under § 401.

The court talks about what it takes to actually disqualify a 401(k), and the bar is set pretty high. The 401(k) must be used and abused to the point that it is considered almost an alter ego, before the courts would consider revoking the plan’s tax exempt status, and making it subject to the claims of a creditor.

What’s interesting here is that the court didn’t even have the 401(k)’s plan documents, nor did it have paperwork on the loans Mr. Rogers made to himself. The court wasn’t even provided with the 401(k)’s IRS Determination Letter that would prove that the plan documents were compliant. Yet, despite all that, the court still refused to disqualify the 401(k) plan and open it up to the claims of the creditors.

Its also interesting to note here that the court ruled that step-children are not considered disqualified persons:

Next, RES-GA points to the contribution or loan of $11,000 made by Mr. Rogers’ step-daughter to the plan. Step children are not included in the definition of a member of the family as a disqualified person. RES-GA has not pointed to any authority that indicates step family should be considered within the definition of family for these purposes, and the Court has been unable to find authority supporting that position.

Imagine for a moment that Mr. Rogers had a SEP IRA instead of a Solo 401(k). At the first whiff of a prohibited transaction, the court would have revoked the tax-exempt status of his SEP IRA, and the creditors would have gobbled up whatever was in the account.

Hopefully you can see now, why I say that a Solo 401(k) is the much preferred vehicle for investing your retirement funds.

If you have an IRA LLC now, you can certainly switch to a Solo 401(k) – unless you have a Roth IRA, which can’t be rolled into a 401(k) plan unfortunately.

If you haven’t yet taken the step into self-directing your own retirement funds, take a second and hard look at the Solo 401(k). Its worth it.

Read the court’s judgement for yourself: https://www.leagle.com/decision/inadvbco160101000124

We at CheckBook IRA are not recommending engaging in Prohibited Transactions, but want to point out the Solo 401k gives you the ability to correct your mistake without full disqualification of your plan.