Protect your IRA from this Real Estate Scam 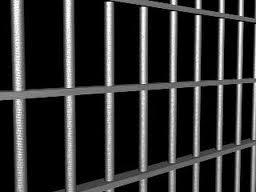 For you IRA-LLC Managers buying property, this is worth the read.

Shela Amos of Indianapolis, Indiana was recently sentenced to 34 years in prison for defrauding victims by selling homes she didn’t personally own.

In a majority of cases, sovereign citizens target Hispanics with a language barrier. They lead their victims to believe they have legitimately purchased property even though they don’t own the property or have the legal authority to sell.

The Apostilles and authentications they use are exclusively for international business and other transactions, specifically, in patent and trademark registrations and foreign adoptions. They have nothing to do with property.

“Today, a judge sentenced Shela Amos of Indianapolis to 34 years for defrauding victims using the vacant home sale scheme,” said Secretary Lawson. “While this will stop Amos, unfortunately, others are waiting to pick up where she left off. Hoosiers should use extreme caution when dealing with sovereign citizens. They have no regard for the law and are master manipulators.”

“Con artists target members of the Hispanic community, but all Hoosiers should be cautious when dealing with sovereign citizens. Because of their disregard for the law, they concoct many schemes using phony authority and even retaliate against law enforcement and government officials who work to stop them.”

After sovereign citizens like Shela Amos are sentenced for their crimes, many harass the law enforcement officers, judges or prosecutors they believe wrongly convicted them. They often file fraudulent Uniform Commercial Code financing statements or real property liens against the law enforcement officer or civic leader for millions of dollars. These fraudulent filings cause issues when the victim attempts to buy or sell a home or open a line of credit. Many victims don’t even realize they have been targeted until they go to sell or buy property, but it can take years to have the statement or lien removed causing major headaches.

The General Assembly passed House Enrolled Act 1054, giving the Secretary of State’s office the ability to prevent the filing of these deceitful documents. Previously, the Secretary of State’s office did not have the authority to reject financing statements or liens. The ability to reject fraudulent filings will protect those in law enforcement and civic leaders from the harassment of criminals.