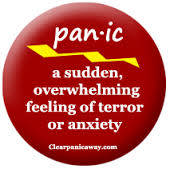 So, six months ago, you finally decided to roll that old 401(k) from a previous job, into a self-directed IRA.  You went online.  You read articles.  You even called your CPA to make sure the rollover was done correctly.  You requested a direct rollover from your 401(k) administrator and gave them the information for the self-directed IRA, so that they could send the funds directly to the IRA.

Maybe the 401(k) administrator wired the funds directly into the IRA, or maybe they sent you a check that was payable to the IRA, and you had to forward it on to the Custodian.

In any event, now it’s the beginning of the year, and 1099s are beginning to roll in.  You open an envelope from your old 401(k) administrator, and your stomach lurches into your mouth as you pull out a 1099-R[http://www.irs.gov/pub/irs-pdf/f1099r.pdf] listing the full amount as a distribution.  A 1099?  To you?  Listing your rollover as a distribution?  How can this be?

Fear not.  Take a look at box 7 of the form, and you’ll probably see the letter G.  For purposes of this form, G is a code letting the IRS know that you have completed a direct rollover to an IRA.  That code tells the Service that you were never in receipt of those funds.

Why is it still considered a distribution, you might ask?  The Code identifies a direct rollover as a distribution, which is why you’re looking at the 1099.  Reg. 1.401(a)(31)-1[http://www.law.cornell.edu/cfr/text/26/1.401(a)(31)-1] describes this fact, and Answer 15 in that particular Reg. speaks specifically of this.  So, technically your 401(k) made a distribution, but made it directly into the IRA, so it is not a taxable event.

If you don’t see a G in box 7, then its probably time to call your 401(k) administrator and inform them of the error.